The Hills Really Are Alive with the Sound of Music.

Yeah, the Hills in Salzburg are definitely alive with the Sound of Music. That may or may not have something to do with the fact that I rode a bicycle about a million miles through Salzburg singing all the songs from that beloved movie. 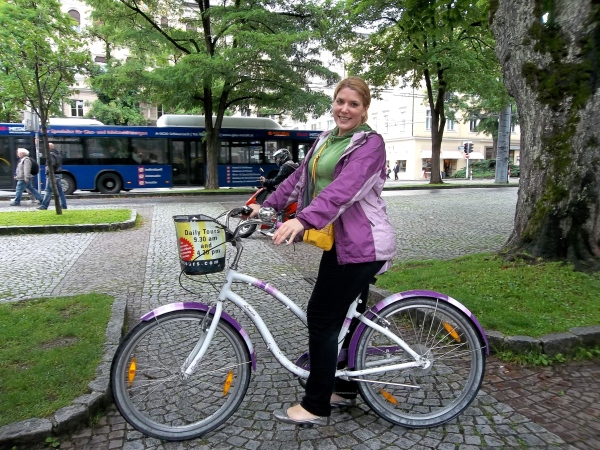 Purple rain jacket and purple bike! Like I planned it.

For those who don’t know, Salzburg, Austria, is the location of the Sound of Music. Being a BIG Sound of Music fan, when my friend was visiting, we knew that taking Freulein Maria’s Bicycle Tour of Salzburg was a must. 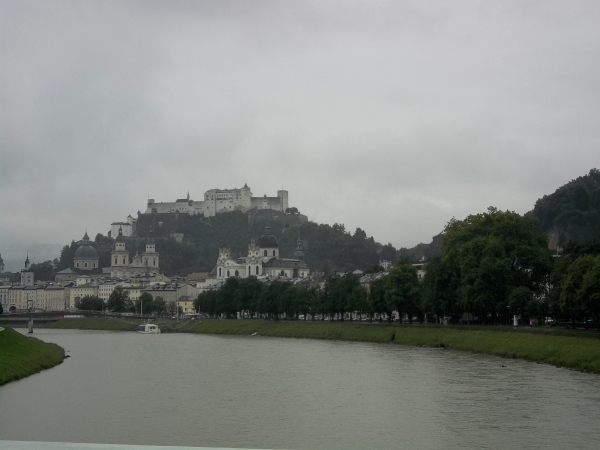 View of Salzburg and the fort from the bridge.

What we didn’t know was that Salzburg is the 7th or 9th rainiest city in THE WORLD. It rained for all five hours that we were on our bikes. Once we stopped biking, it stopped raining. 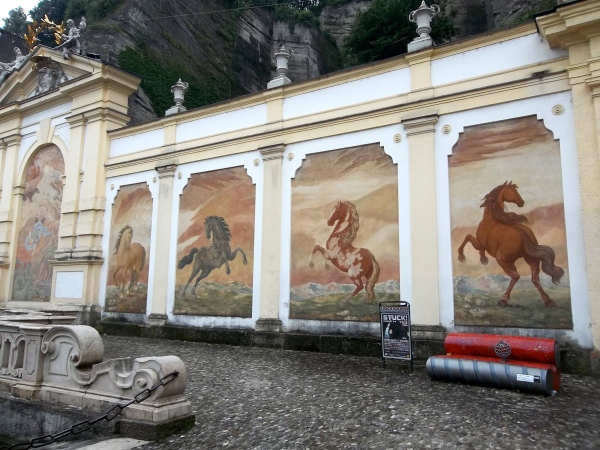 The children march past this horse facade in the movie.

The tour takes you to film locations from the movie, and includes funny anecdotes about the filming. 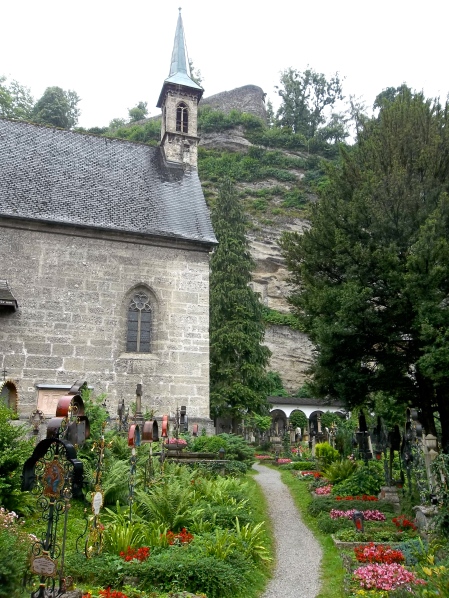 The cloister gardens where the family hides from the Nazis.

The church refused to let the movie makers actually film the crypts, so an exact replica was built in Hollywood where the scene was filmed (you know, were the family are hiding behind the tomb stones and Rolph comes with the flashlight/whistle). 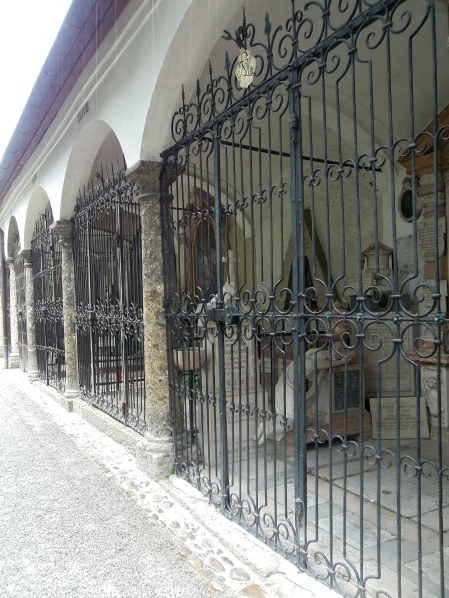 These are the caged crypts where the Von Trapp family awaited their fate (which are inside the cloister gardens). 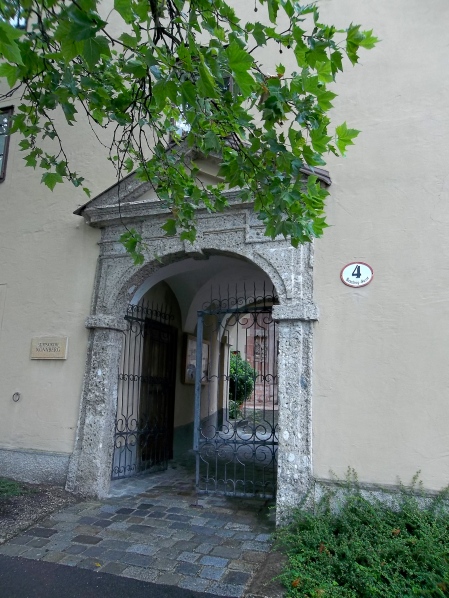 The abbey gate. But really: How do you solve a problem like Maria? 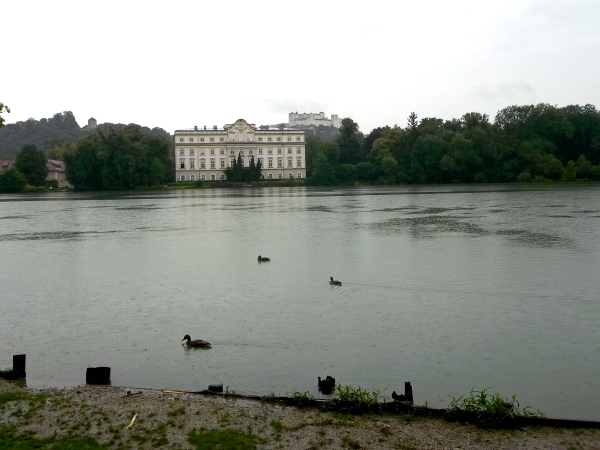 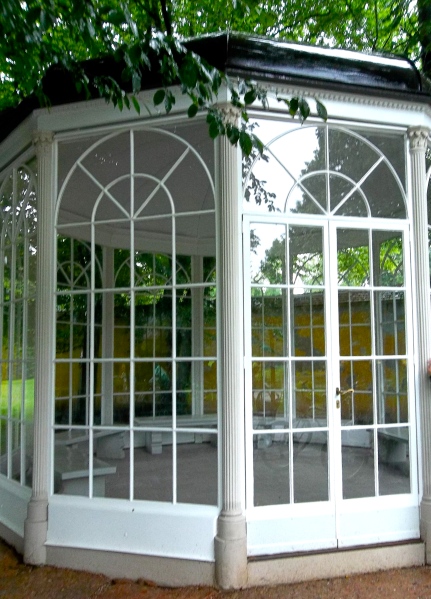 The Gazebo where “16 going on 17” takes place, and also were Captain proposes to Maria, and then the couple sings “Something Good.”

After five hours on a bike, in the rain, we were quite cold and hungry. So we set out to have a hot delicious lunch. I had the gulash, which comes with a friend egg and a giant bread dumpling. Despite the hours of freezing cold, the tour was pretty awesome. I highly recommend it. Though, you should bring a poncho! 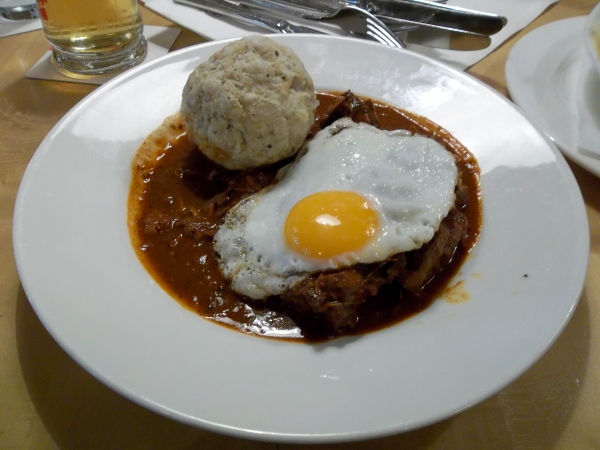 This will warm you right up.